AFC Portchester came from behind to beat bogey team Whitchurch United 3-1 in the Wessex League premier division at the Blanchard Wells Stadium.

Luke Sweeney led the recovery with two first-half goals before Alex Baldacchino sealed the win after the break.

Royals boss Graham Rix was impressed with the way his team responded after falling behind.

‘There is no doubt the pitch was playable but it was crisp and tricky in places,’ he said.

‘Whitchurch have given us problems in recent years and we thought here we go again when they went in front.

‘But their goal stung us into action and we played some decent football.’

The visitors took the lead after the Royals were caught out by a terrific free-kick into their area.

Portchester turned the game around with two Sweeney goals in as many minutes at the half-hour mark.

His first arrived when he fired an unstoppable shot into the top corner from the inside-left position.

Almost immediately Sweeney latched on to a through ball and lifted his shot over the goalkeeper for his second.

The hosts continued to create chances in the second half but it wasn’t until 18 minutes from the end that they put the game to bed.

Baldacchino beat the offside trap, touched the ball around the keeper and rolled it into the empty net.

‘Lee did great and lasted for 65 minutes, which is longer than I thought he would,’ added Rix.

‘He was brilliant holding the ball up for us and bringing others into play.

‘It was important we got back on the winning track and no-one at Portchester thinks our chances of promotion are gone.

‘We are a long way behind but it isn’t over yet.’ Portchester trail leaders Moneyfields by 14 points. 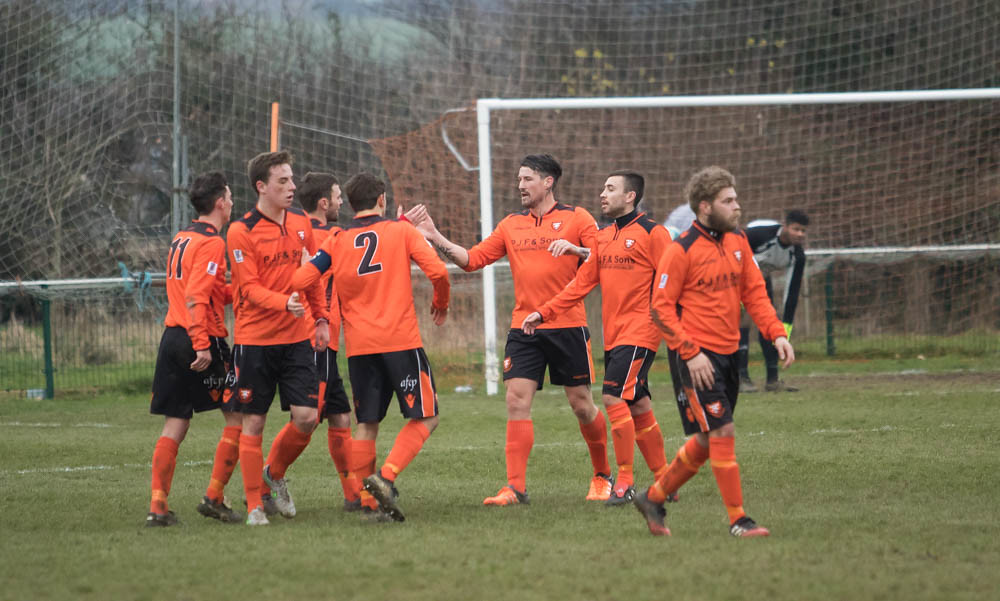